At last, the Prime Minister Narendra Modi has come out strongly against Gau Rakshaks or Cow Vigilantes for their barbaric, inhuman and uncivilized acts.  He had also now put the onus on concerned state governments to act tough and decisively against those who take law into their own hands to protect cows.

Instead of appreciating Modi for breaking his silence over “Cow Vigilantism” by the fringe and making such a strong statement against atrocities on ‘Dalits”, the irresponsible Opposition as usual chose to criticize Modi.  Doesn’t it clearly reflect their utter stupidity and very narrow mindset?

Now that Modi has delivered a stinging rebuke against the ‘fringe or fake Gau Rakshaks or Sevaks”, one expects him to lead from the front over the issue and set at rest his political rivals rhetoric and so called paid pseudo intellectual’s skepticism.  Also to disprove apprehensions of Opposition that his ‘timely’ ire against “Cow Vigilantism” was a political ploy played out with an eye on upcoming UP and Punjab polls.

One also wonder, the Opposition seems worried as Modi’s strong rebuke against Gau Rakshaks may as well be a ‘game changer’ in the upcoming polls to several state assemblies.  Opposition parties appear equally scared of getting caught for orchestrating such ‘acts’ and throw the blame on Sangh Parivar.

Most importantly, few Congress Party leaders forming part of the dynasty ‘coterie’ have shamelessly challenged Modi to behave like the Prime Minister of United Kingdom in the Parliament to reply to almost all questions raised by them.

My question to the Congress Party leaders is simple. First, they must ask their “Uncrowned Empress and Prince in waiting” why they presided over the “Maun Vrat” of “Maunmohan Singh” in the Parliament for 10-long years of their rule?

My plea to Modi during the past two years had been direct and forthright. He must lead from the front by active participation in both Houses of the Parliament at least on key issues to chart a new course in Parliament debates.

Be that as it may, his opposition party rivals and paid media are also skeptical about Modi’s “Town Hall” appearance to answer questions on various issues.

Having been accustomed to “parroting” their paid masters diktat’s in the past and travelling free on foreign tours accompanying the Prime Minister, it is but natural for media and pseudo intellectuals to believe that the questions and answers by Modi have been pre-orchestrated from behind earlier and played to gallery of viewers. 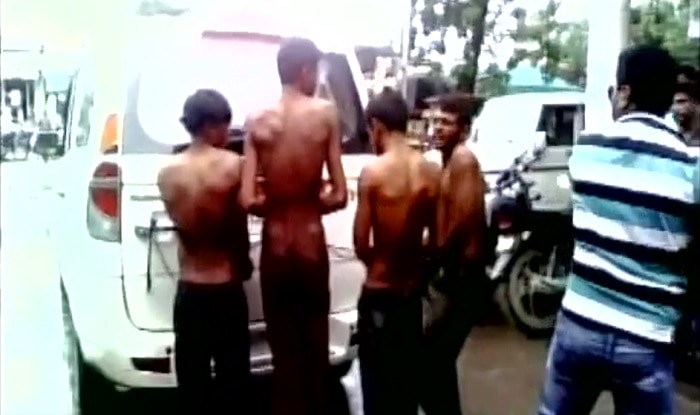 At least, Modi has made an attempt to be transparent. Hopefully, he would use the “Town Hall” platform more frequently in different regional centers to address the issues raised not only by persons on the line but also those physically attending the forum including media representatives.

Next, politics of “Divide and Rule” is the phenomenal obsession of all political parties in the electoral fray.  Such a policy is the inherited political legacy of “Delhi or Hastinapur” of epic vintage. And, the British colonial masters also used it to rule the South Asia.

My plea to all political leaders and parties is simple. Stop persisting with the inherited historic legacy of “divide and rule” for its dangerous fallout.  Utter stupidity and disastrous it is to indulge in such antiquated intrigue and treachery which is contra national security interests.  It only disintegrate modern India sooner than later!

Furthermore, Modi should be appreciated for taking the lead on the two critical internal security challenges in being – Dalit atrocities and Cow Vigilantism.

Of course, the RSS too criticized Modi for generalizing the remarks instead of specifying the ‘fringe’ elements of Gau Rakshak brigades.

Modi invoked the Sanskrit phrase “Vasudhaiva Kutumbakam” in his speech in Telangana. The Hindu texts such as the Maha Upanishad, the word means “the World is ONE family”.

How dare either the RSS or Vishwa Hindu Parishad (VHP) or Bajrang Dal justify atrocities on “Dalits” having laid claims to nationalist credentials and saviors of Hinduism on the global plane? Surely, Hinduism is not ‘exclusivist’ philosophy but “inclusivist” by original conception. None shall suffer from any illusions on this count.

By doing so under the garb of “Gau Raksha or Seva” is utterly stupid and contra Hinduism philosophy and its future growth prospects. It’s high time for the ‘fringe’ elements of Hindu society to realize that the better it would be, especially for its survivability in the long run!

So, the RSS, VHP and Bajrang Dal ideologues must and should carry out an internal dialogue and come out with their postures in clear and unambiguous terms.

Similarly, political parties cutting across their ideologies must also come out clearly with their stands and postures on the two issues instead attempting to score some brownie points or taking snipes and jibes at Modi’s stern warnings aimed at the pseudo “Gau Rakshak’s or Sevak’s”.

For the so called “Gau Rakshaks or Sevaks”, I throw a direct challenge. How many of them own a ‘cow’ and keep them in their homes like inherited legacy of the past in villages and towns of India? None in the cities! Few by exception in towns and villages!

For example, around the villages and rural areas of Hyderabad, majority of land owning fraternity has built RCC houses and have stopped keeping cows in their backyards. Today, grazing grounds are not available around the villages either reclaimed as farm lands or industry or for urban settlements.

Of course, Modi has cited the example of “2 Kgs of plastic” from a Cow’s stomach at a camp held in Gujarat. In Hyderabad and towns, it is quite a common scene to witness Cows eating off the garbage dumps in colonies.  One can see them swallowing waste paper and plastics to douse their hunger. Also, they drink sewerage water flowing in open drains.

Where are the pseudo “Gau Rakshak’s or Sevak’s” or so called animal activists to save those starving cows? Hardly, anyone is bothered about poor animals pathetic plight despite holding them in highest reverence as “Gau Mata”.

Wake Up Gau Rakshaks or Sevaks! Stop spreading Hindu divide. Stop taking law into your own hands. Those who stripped and beat the Dalits in Gujarat should be given the same treatment.

I take back my ‘harsh’ words on Sehwag: Javed Akhtar

Centre is working with states to ensure farmers get MSP to...