(Here is an interesting interview in which Moulana Abdul Kalam, whom many describe as a moderate Muslim who opposed to division of India, has apparently confessed to Shorish Kashmiri in an interview in 1946 that majority of those Muslims who chose to stay back India, indeed did so with ulterior motives.  That’s to Islamise India. We thought it worth reproducing it in the wake of ongoing wide-spread organized unrest being carried out by the discarded Opposition, especially Congress.  The age-old party has been fueling the fire to have vicarious pleasure. We are sure and confident that younger generations who were misled/misguided through their ‘distorted history’ in our school curriculum, will realize this fact and change their ill-tuned mindset for a better tomorrow. Time has come to call a spade as a spade and strengthen the hands of our most upright and honest Prime Minister Narendra Modi in rewriting our country’s history.  MUST READ. – Editor) 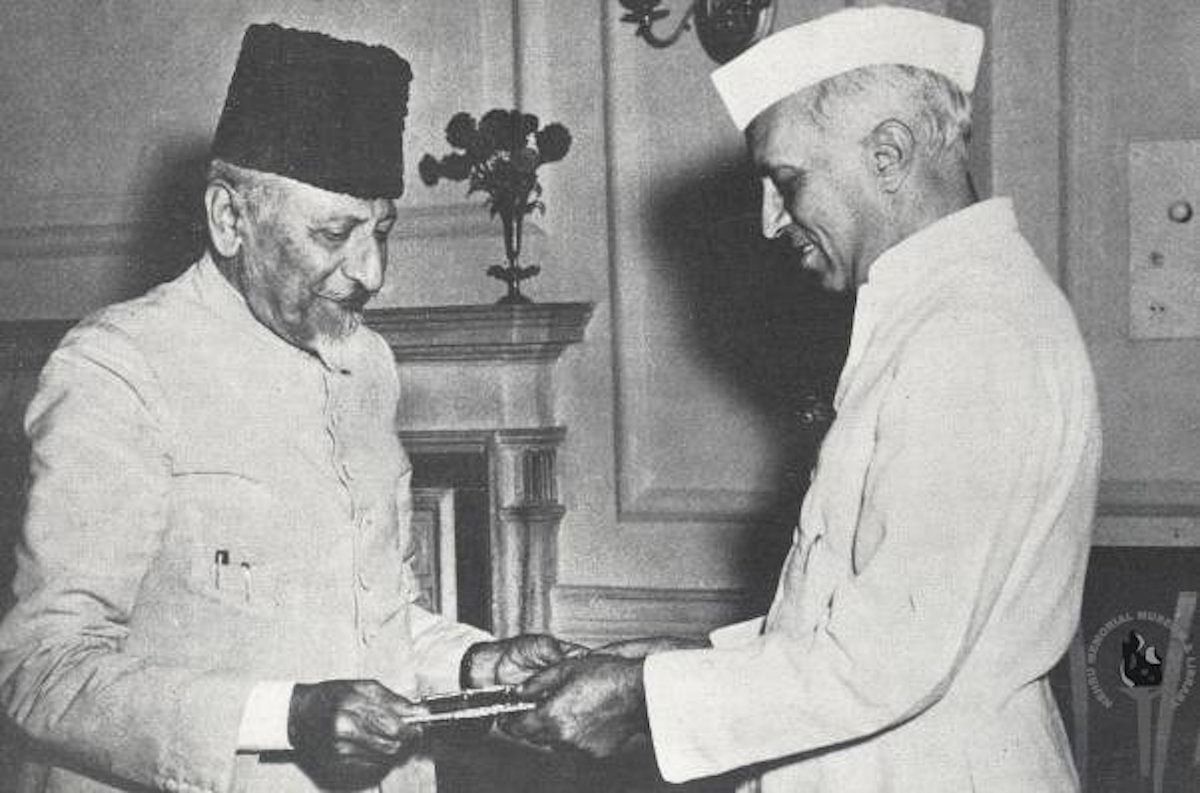 There is talk in certain circles of ‘Ghazwa-e-Hind’ nowadays, a campaign to islamicise India. Back in 1946, Maulana Azad, a Congress president, argued the moderate nationalist muslim case to Islamicise India, and how muslim separatism was damaging islamisation. Although his real aim was to islamicise India, Azad was coopted by Congress, and was their secular and nationalist “poster” boy. In contrast, those nationalist Hindus who wanted to protect Hinduism, were castigated as ‘communal‘, ostracised and excluded from the national discourse by Nehru and his followers

Glossing over positive aspects of Azad’s 1946 interview, this analysis focuses on those aspects of moderate Muslim thinking and strategy that intermesh with Jihad in India and the world. Nine points of interest emerge in the analysis (all quotes are from the Maulana)

1) Azad opposes Pakistan not because he is a nationalist, but only because it does not help the Muslims.

“If Pakistan was right for Muslims then I would have supported it But I see clearly the dangers inherent in the demand. . partition of India cannot promote their interests.”

2) “By demanding Pakistan we are turning our eyes away from

What is the history of 1000 years? It started with Ghazni’s invasions. So, the talk of 1000 years is an oblique reference to convert and islamicise India. Azad makes this clear:

3) “What is the cherished goal of a devout Muslim? Spreading the light of Islam or dividing territories along religious lines to pursue political ambitions?”

4) How does partition prevent the islamisation of India? According to Azad:

i) Bharat after Partition would be Hindu in temper and numbers, with reduced muslim influence.

“this new India will be a Hindu state both practically and temperamentally.” . “By demanding Pakistan we are. [apologises for terminology] throwing more than 30 million Muslims into the lap of Hindu Raj.”

ii) Partition would restrict migrations which were a major method of Islamicising the world.

“Do they realise that if Islam had approved this principle [of division of world! then it would not have permitted its followers to go to the non-Muslim lands and many ancestors of the supporters of

Pakistan would not have had even entered the fold of Islam?”

Migrations from Bangladesh are taking care of this objection of Azad

“The factors that laid the foundation of Islam in Indian society and created a powerful following have become victim of the politics of partition. The communal hatred it has generated has completely extinguished all possibilities of spreading and preaching Islam This communal politics has hurt the religion beyond measure.” 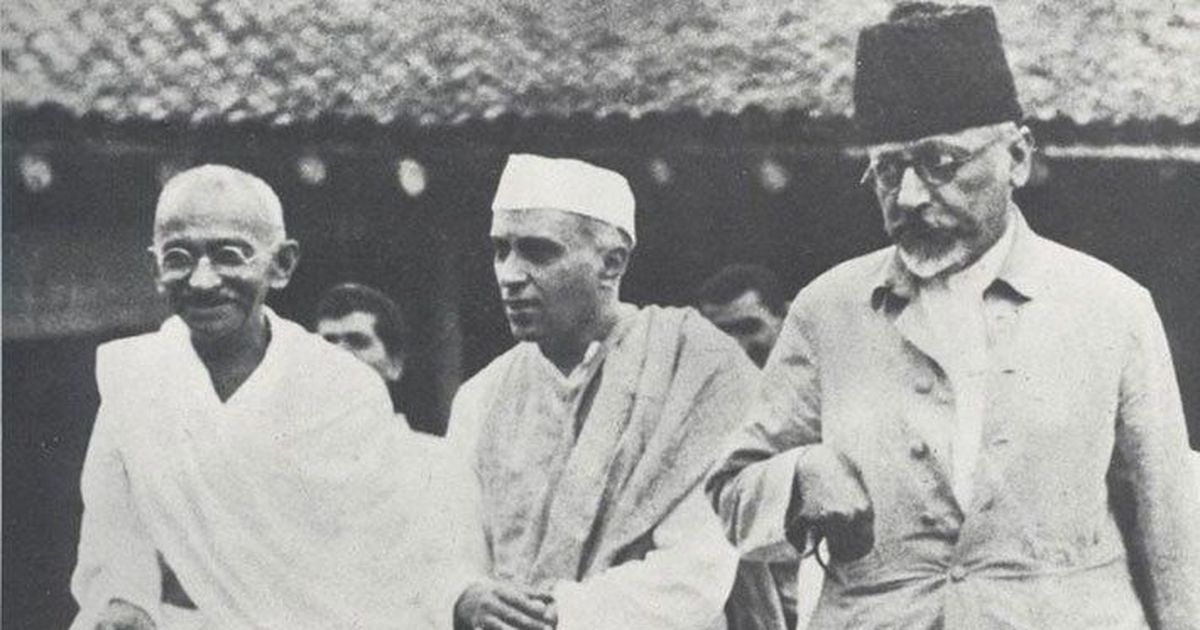 A corollary is that ‘moderate Azad’ supports ‘secularism’ only

because it offers a way to islamicise India. Not because, he respects the right of Hinduism to exist in the subcontinent.

Muslims. Azad argues that ‘offensive talk’ comes in the way of conversions to Islam. ”

…If Muslims) . had not forged communal politics. then Islam’s growth would not have halted . If the Muslim politicians had not used the offensive language that embittered communal relations,

the number of Muslims in India would have grown higher.”

“The Muslim cultural ethos and values have their own charm. . In fact, Muslim culture has such attraction that I shall not be surprised if it comes to have the largest following in free India.”

He finds them entrenched in India, and presumably is afraid that partition might affect them

“What do the cultural centres of India, like Delhi and Lucknow, represent? The underlying Muslim spirit is all too obvious.”

7) Sufis are another instrument of conversion to Islam,

. Muslim kings. were not Islamic preachers. Muslims of India owe their gratitude to Sufis”

8) ‘Seculars’ like Nehru preach Akbar to Hindus daily. But ‘secular Azad seems to consider Akbar to be so ‘below his Islamic standards’ that he dams muslim ulema who supported Akbar, calling them a ‘disgrace to Islam’.

A: Many Ulema were with Akbare Azam too, they invented a new religion for him. Do not discuss individuals. Our history is replete with the doings of the Ulema who have brought humiliation and disgrace to Islam in every age and period.”

9) One striking fact of today is that ‘secular’ muslims try to exonerate jihadis and always shift the blame to the Sangh parivar. Like modern seculars, Azad dams Hindus whether they supported partition or opposed it.

According to him Hindus who opposed partition did so in order to create Pakistan: “there is a section who opposes Pakistan with the motive to provoke Muslims to become more determined in their demand and thus get rid of them.”

Hindus who supported partition did so in order to eliminate muslim communal claims: “A section of Hindu opinion. thinks they will get the rest of India a huge country that would be free from any claims of communal nature.”

In contrast, he feels that Jinnah’s partition demand was aimed to ‘check Muslim political decline and that he was rapped by his ego into continuing the demand. “In 1940 he decided to pursue the partition demand to check

Muslim political decline. In short, the demand for Pakistan is his response to his own political experiences… worked overtime to

fortify Muslim communalism and the demand for Pakistan. Now it

has become a matter of prestige for him.”

CONCLUSION: This interview unveils the hidden agenda of moderate ‘secular! and ‘nationalist muslims like Azad, which is to Islamicise India. They would support the formation of Pakistan only if it benefited Islam. They are ‘nationalists’ only if that helps Islam.

Azad sees ‘muslim’ language, culture and support to secularism as major instruments to islamicise Bharat. It is possible that this is the reason why many muslims in India even today reject yoga, gita, sanskrit or other forms of Indian culture. It is interesting that so-called ‘seculars’ have, since the time of Nehru, have been going all out to protect these instruments. While defending conversions to Islam, they denounce ghar wapsi of Hindus.

Patanjali to wipe out MNCs from Indian market in 5 yrs:...