(Continued…….The Sikh extremists struck on 31 October 1984. Indira Gandhi’s Sikh bodyguards murdered her and the Hindus mourned. Some of the Sikhs rejoiced. The high priests, who condemned the act first, withdrew it 24 hours later accentuating the estranged feelings. Then broke out Hindu- Sikh communal riots in Delhi and in other places led by Congress (I) activists. Fortuitously, Sikh extremists maintained a low profile in Punjab. Apprehending police brutalities, a large number of youth crossed over to Pakistan, – where they were indoctrinated, trained and issued weapons by Pakistan’s ISI.

All-important Akali leaders, except P.S. Badal, were arrested. It created a void in the Akali leadership and led to its splinterization and marginalisation. Development and consolidation of religious extremism-cum-terrorism forced both political and religious leadership to adopt a low or pro-militant profile. Thus, when the central government attempted its political initiatives by releasing Akali leaders, it did not dramatically alter’ the situation. Attempted reunification of Longowal and Talwandi groups failed to materialise. Instead, a truncated United Akali Dal (UAD) under Baba Joginder Singh (father of Bhindranwale) emerged.

Meanwhile, the terrorist strategy was simple. It aimed at teaching a lesson to anyone attempting at negotiating an accord with the central government. In January 1985, terrorists attacked Giani Kirpal Singh, the head priest of Akal Takht, in broad daylight and inflicted serious injuries. However, he survived. Political Flux or Faux Pas: Ultimately, the Rajiv-Longowal Accord was signed in July 1985.      It became a non-starter due to the factional politics of the Akali Dal. Even Badal and Tohra denounced and refused to endorse the Accord in the party meeting. Such was the awesome might of the militant’s gun. It was followed by Longowal’s assassination on 20 August 1985, which naturally imposed caution even amongst the moderates.

None the less, Longowal’s Akali Dal won the elections in September 1985. Bamala became the party leader and the Chief Minister instead of Badal. The TADA (Terrorist and Disruptive Activities) Prevention Act 1985 was promulgated to counter terrorist menace. A separate minister of internal security was appointed in the home ministry.

Meanwhile, both the SGPC and the Akal Takhat were, once again, taken over by the radicals of the Damdam Taksal and the AISSF. In November 1985, Giani Sahib Singh, the head granthi of the Golden Temple, was shot within the Golden Temple complex on the morning of Guru Nanak’s birthday. But, he too survived. Next, the militants dismissed the moderate religious leadership for their alleged collaboration with the government and passed excommunication orders against Zail Singh, the president of India, and Buta Singh, the home minister, at a truncated Sarbat Khalsa Convention on 26 January 1986. The combined militant groups selected a Panthic Committee as an apex body. However, moderates held yet another Sarbat Khalsa at Anandapur and revoked the orders issued by the radicals. At such a crucial stage, Badal walked out of the Akali Dal (Longowal) to form a separate group.

In April 1986, Operation Black Thunder, a police action, was launched inside the Golden Temple, when the Panthic Committee (Militant-sponsored religious leadership) announced the declaration of a separate state of Khalistan and proclaimed its intention to seek a UN seat. Meanwhile on 10 August 1986, General A.S. Vaidya, former chief of army staff, was shot dead in broad daylight in Pune. On 3 October 1986, there was an attempt made to kill Ribeiro, the DGP, at the Punjab Armed Police Campus, in Jullundur.

Meanwhile, Barnala’s image suffered a blow when his candidate was defeated in the SGPC elections in November 1986. Tohra was re-elected as, its president with Badal’s support. In December 1986, both Tohra and Badal were arrested to neutralise their increasing power potential, which only assisted the growth of militancy. 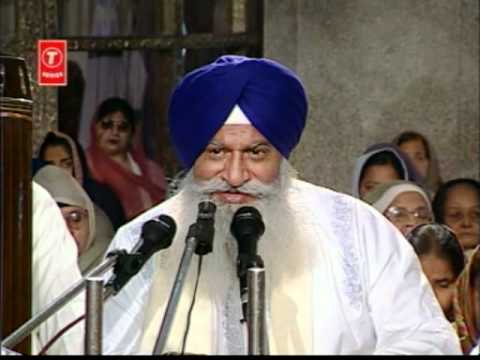 1987: Next, the high drama of removal of high priests of religious institutions was enacted. Prof. Darshan Singh Ragi was appointed as the head priest of Akal Takhat. The newly appointed head priests issued the Hukumnama ordering Akali leaders to submit their resignations to refacilitate the formation of UAD. In response, both Badal and Joginder Singh submitted their resignations, whereas Barnala refused. So, the head priests declared him Tankhaiya and excommunicated him. In May 1987, the President’s rule was re-imposed. In March 1988, the Legislative Assembly was dissolved.

At this stage, even the UAD withdrew in favour of militants to run Sikh affairs. In September 1987, the high priests too gave a call to the Sikhs to reject the Akali Dal in favour of militants, which the SGPC challenged. It led to the arrest of high priests, who were later released in March 1988 as part of yet another political initiative. In May 1988, Jasbir Singh Rode was appointed as the jathedar of Akal Takhat.

In February 1988, the government attempted a political initiative to have a dialogue with jathedars and Sikh politicians lodged in Jodhpur jail, as detenus for over four years, who claimed that they could influence the militants. Five jathedars and 40 detenus were released. The security forces’ pressure was relieved as a concession which the militants took advantage of and started rallying all over again in the Golden Temple.

Thus, the second police action, Operation Black Thunder II, was launched inside the Golden Temple in May 1988. It was a remarkable success and an effective blow to fundamentalist militancy-cum terrorism. It was followed by the appointment of Sant Thakur Singh as the chief of Damdama Taksal and Dharshan Singh as the jathedar of Akal Takhat. It heralded the end of the Bhindranwale era.

By then, several terrorist outfits had sprung up, such as, Babbar Khalsa, Khalistan Commando Force, Khalistan Liberation Front, Bhindranwale Tiger Force, Khalistan Liberation Organisation, Shelly Regiment and so on. When their top leadership was killed/captured, the groups fell into the hands of criminals. Many poor youth with rural socio-economic background and lack of ideological commitment joined their ranks. Many joined under fear of reprisals both from the police and the terrorists Criminals/smugglers enjoying Pakistani support carried out extortions/murders/rapes. Sikhs living in foreign nations no longer blindly lent support to militants out of revulsion to violence and fear of amendment of refugee laws.

Causes: In the ultimate analysis, the main cause for the Punjab internal crisis is primarily psychological. Basically, it is due to disgruntled leadership irrespective of party affiliations. The Sikh identity crisis has been exploited to create anarchy. National, regional and religious interests have been relegated to the secondary status. Major factors, which have been used to abet internal strife, are given below:

People’s dimension is the most perplexing issue. People are extremely conscious of their environment and the pitfalls of armed struggle. However, the Sikh majority suffers from alienation. They may not support and cooperate with the militants, but they are sullen towards the government’s initiatives.

More important, the election arithmetic of Sikh percentage is crucial to understand. As per the 1981 census, it dropped to 52 per cent. It is a significant shift. Naturally, the Sikhs are not comfortable. There is a deep divide between the higher, middle and lower classes of Sikhs, and the rural and urban divide. So, the Hindu minority and other communities play a vital role during the elections.

Next, the mood of Sikhs residing outside Punjab is certainly not in favour of militancy. Also, there is a distinct change in the mood and attitudes of foreign-based Sikhs, who are clearly distancing from the terrorists. Fortunately, people have not polarised on communal lines so far. There are still many examples of Sikh-Hindu unity in countering terrorist violence. However, they are watching the developments closely and keeping their options open.

Political Initiatives: After independence, the government attempted a number of half-baked political initiatives which included: redrawing of boundaries of the state; announcement of Chandigarh Award in 1969; Indira Gandhi’s negotiation attempts between 1982 and 1984; Rajiv-Longowal Accord of 1985; announcement of various commissions on Chandigarh and sharing of waters; appointment of judicial investigations into anti-Sikh riots; and release of head priests. However, both Haryana and Punjab governments displayed uncompromising attitudes out of fear of losing their vote banks. Even the role of opposition political parties is dubious. Every political party expresses inclination, but does not participate in the normalisation process to safeguard their electoral prospects. Thus, the dreading stalemate.

To sum up, the Punjab problem is unique in many ways. The fruits of economic developments have not convinced the Sikhs that their interests will be better served and they can live with dignity, honour and respect. People are extremely sensitive and highly volatile. It is not easy to accurately assess people’s aspirations, particularly their subconscious enlightened self-interest. Of course, the religious leadership have regained control, but still unable to reassert its authority. Amongst Akalis, there is unlikely to be unity and consensus for too long. (Concluded)

Congress MLA Haris’ son and aides confess to the assault