(……Conginuing) Ranjit Singh’s period is the high watermark of the Sikhs, which was based on secular Sikh-Muslim-Hindu unity. The Sikh armies captured Lahore, Srinagar and Kabul led by Sikh, Dogra and Muslim leaders. The Sikh Pant proclaimed the Sikh kingdom and conferred the title of Maharaja. The Sikh empire covered Tibet in the North, extended beyond the Sutlej in the South-east and across the Himalayas to Afghanistan. But, the succession drama by his seven sons by different mothers, which followed his death, led to its disintegration and degeneration.

Although Ranjit Singh represented India’s last coordinated effort to arrest the expansion and consolidation of British colonialism, it was the Sikh, Dogra and Punjabi Muslim soldiers who saved the British Raj during the Mutiny of 1857. In turn, the British gave the Sikhs the most exalted status and adopted an appeasement policy towards them.

The Sikhs were given the best share of loot of Delhi, canals and vast farms, besides a phenomenal 20 per cent share of enrolment in the British Imperial Army. Under such favourable conditions, Sikhism degenerated, but was able to contain the Arya Samaj, Nirankari and Radh Soamis threat by launching the first Gurudwara Movement. However, major Anglo-Sikh irritants also developed, such as, the Gwadhar Rebellion in 1907 against the Colonisation Bill levying higher land revenue, the Jallianwala Bagh massacres in April 1919, the pro-Mahant British stance during the Gurudwara Movement and non- acceptance of Sikh demand for a separate homeland by the Cripps Mission in 1946. 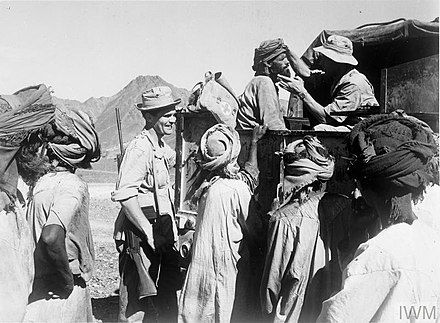 All Sikh institutions were largely organised before and during the First Gurudwara Reform Movement (1920-1925) launched to unseat the corrupt and pliable Mahants. Of course, Sri Guru Singh Sabha and its political wing of the Chief Khalsa Dewan were organised in 1873 and 1887 respectively. As per M.J. Akbar, the ‘Sabha’ was established “to restore Sikh confidence and to defend Sikh faith against the Arya Samaj and the Christian missionaries.”

In November 1920, the Central Sikh League was reorganised as Central Gurudwara Committee (now known as the SGPC). In December 1920, its political wing, Akali Dal, was formed. Ever since inception, the Akalis controlled the SGPC. Its objective is simple—to protect Sikhism from all other faiths. It highlights their deep commitment that it is not possible to protect Sikhism without controlling political power. During the pre-independence period, in the words of Amarjit Kaur (an ex-MP), “the younger elements within the Akali Dal who were for a separate state might have been defeated at that point of history; but they were not deterred from working for this goal.”

In sum, Sikhism is a unique indigenous politico-religious philosophy whose potential for survival is dependent on non- deviant behaviour from its followers. Prior to independence, Muslim threat and hatred ensured Sikh-Hindu brotherhood. Now, Sikhism perceives threat from the awesome Hindu reabsorption and reassimilation potential.

What is vital to realise is that Akali Dal was basically organised to ensure protection of political rights for the fundamentalists on the basis of defending Sikh faith. Hence, it’s very political survival is dependent on either total domination or confrontation.

The basis of the Akali Dal and the SGPC politics is vital to understand. The Akali Dal’s constitution and its basic philosophy rest on the principle of the two-sword principle: ‘Miri’ and ‘Piri’ implying that the temporal and spiritual powers flow from religion. Thus, religion and politics are inseparable; and religion must guide politics. Whilst the Akhal Takhat is the symbol of temporal power, Harmandir Sahib symbolises spiritual power.

Post-independence Postures: Moderation and fundamentalism characterise Sikh postures or occupy the two ends of the continuum. They oscillate as per political temperatures in the state. They flow directly out of the Akali Dal-SGPC politics. Post-independence developments can be broadly grouped under four broad heads: Conciliation, Confrontation, Coalition and Collision.

During this period, the Akali Dal was confined to religious activity. In 1948, its prominent leaders joined the Congress Party to reap post-partition rehabilitation benefits. Even Master Tara Singh withdrew from politics. It was only in 1956 that the Akali Dal re-entered active politics and sought an unequal alliance with the Congress Party, notwithstanding the rejection of the Sikh demand for a separate state based on Panjabi language by the States Reorganisation Committee and Nehru’s anti-Panjabi politics. In fact, the Akali Dal could not produce a single leader to counter Kairon’s dynamic leadership. The Sikhs too were content with the politico-socio- economic developments of the period.

The Confrontation period was between 1957 and 1966. In the 1960s, the Green and the White revolutions promoted prosperity and spurt in education. The Sikhs migrated in very large numbers to foreign nations (2, 00,000 in two decades). Furthermore, socially there was degeneration of Sikh youth: liquor, drugs, cigarettes and shaving of beards, which threatened their distinctive identity and martial character. On the other side, economically rich urban Hindu concentrations gained control over economy and acquired disproportionate wealth.

On release, even Master Tara Singh attempted a fake fast unto’ death (40 days), which got into disrepute and resulted in his removal from both the SGPC and the Akali Dal. He formed his own Akali Dal, which passed resolutions both in 1965 and 1966 seeking a self-determined status within the Republic of India. However, it was not the confrontation tactics of the Akali religious leaders, but the patriotism of the Sikh masses both in the 1962 and the 1965 wars, which secured the present Punjab for them in 1966. The indecision on transfer of Chandigarh, once again, gave the Akalis cause for continuing their confrontation tactics, although Sant Fateh Singh accepted the award. Both the Akali Dal factions immediately announced their intentions to contest the elections and form their own government.

Next, the Coalition period was between 1967 and 1977. On the political front, the Akali Dal groups forged an alliance with the Communists in 1967 to somehow win elections. In March 1967,   although the Congress Party emerged as the single largest party (48 out of 104 seats), the Akali groups combined with divergent opposition parties and formed a coalition government. In November 1967, Tara Singh’s hardliners defected under Congress guidance and formed a minority government with the Congress Party support from outside. It was followed by the imposition of President’s Rule in August 1968, when the Congress Party withdrew its support. However, the Akalis won the 1969 elections and formed a coalition government with the Jana Sangh.

In 1969, the first signs of Sikh extremist fundamentalism manifested when Dr. Jagjit Singh Chauhan, former finance minister of Punjab, proclaimed the Sovereign Republic of Khalistan in London, which was treated as a big Sikh joke. It was also during this time that Darshan Singh Pheruman expired after 74 days fast for the transfer of Chandigarh. Meanwhile, Gurnam Singh extended his party’s support to Indira Gandhi during the Congress crisis in 1969. Sant Fateh Singh attempted a second fast unto death on 26 January 1970. On the 8th day of Sant’s fast, Indira Gandhi announced the award of Chandigarh to Punjab. It led to a confrontation between the religious and political leadership over who should get the credit, which resulted in Gurnam Singh’s expulsion and appointment of Prakash Singh Badal as the chief minister.

Meanwhile, there was a large Hindu influx, particularly farm labour, which disturbed the population structure of Punjab (61% Sikhs in 1971 reduced to 52% in 1981). Despite P.S. Badal’s pro-peasant policies, the Akalis were wiped out during the 1971 and 1972 elections. Out of power, the Akalis hardened their postures and adopted the controversial Anandapur Sahib resolution in October 1973 (see Annexure).

Airlines asked to stick to advisory on operating in low visibility

Situation in Kashmir has gone out of hand: Sharad Yadav