Considering the move of Adar Poonawalla, CEO of SII, under threat from “some of the most powerful men in India”, including “Chief Ministers…, heads of business conglomerates and others”, to UK and plans to establish a “Vaccine” manufacturing unit in UK, what options must the Central Government exercise to restore the confidence and recall him back to Pune?

Is offer of Public-Private Partnership with the Serum Institute of India (SII) a National Imperative? Or, consider options available to ensure return of Adar Poonawala category of entrepreneurs fleeing India unable to withstand threats and extortions by criminals masquerading as political leaders?

Next, Indian media, which otherwise claim investigative journalism par excellence, must investigate the comments made by Poonawalla and expose the names of the Chief Ministers and the high and mighty for causing the exodus of profit making firms instead of spinning negative narratives against him to please their political patrons.  Also, why not the premier government’s investigative agencies and rein-in those indulged in such hara-kiri?

Poonawala, son of Cyrus Poonawalla, is Parsi by religion which community has given to India some of the tallest family groups in all walks of life like Tatas, Godrej, Bhabha, Mistry, Wadia, and individuals like Sam Manekshaw, one and only Field Marshal, among many others in various fields.

One thing is undeniable. Their loyalty to India can never be doubted unless circumstances drive them out.  Ironic that Indian visual media claiming to be sensational investigative journalists have dismally failed to uncover the truth of the “Who’s Who? are the powerful men” and nail them down.

Poonawalla was provided with ‘Y’ category security by the Indian government before the threats were made public. In an interview with ‘The Times’, Poonawalla declared that he left India for London because of threats demanding Covid-19 vaccines. He complained of receiving threats from politicians and “powerful men” demanding quick delivery of the Covid-19 vaccine that his firm has been producing. He said he had received calls from – “They are saying if you don’t give us the vaccine it’s not going to be good… It’s not foul language. It’s the tone. It’s the implication of what they might do if I don’t comply. It’s taking control. It’s coming over and basically surrounding the place and not letting us do anything unless we give in to their demands,” Poonawalla said.

“Threats’ is an understatement” to describe what he faced from people demanding “instant supplies” of the vaccine, Poonawalla told The Times in an interview. “The level of expectation and aggression is really unprecedented. It’s overwhelming. Everyone feels they should get the vaccine. They can’t understand why anyone else should get it before them,” Poonawalla told The Times. He complained of being “vilified and blamed”, and hinted at starting a new vaccine production unit in the United Kingdom. Poonawala also said that he will start Covid vaccine production outside India in addition to the ongoing production in India. Let me highlight that Poonawalla is no ordinary entrepreneur.  After graduation in UK, Poonawala joined the SII – his father’s firm exporting products to 35 countries – in 2001. In 2011, he became the CEO. In 2012, he played a major role in the acquisition of Beethoven Biological, a Netherlands-based government vaccine manufacturing company.

Poonawalla initiated and launched in 2014; SII’s oral polio vaccine, which became a bestseller for the company. He reportedly planned to expand the product portfolio to include vaccines for dengue, flu and cervical cancer during the same year.

Poonawalla is a board member of the GAVI Alliance, the global vaccine alliance. He was pre-qualified by the World Health Organization for supply to United Nations Agencies including UNICEF and PAHO. As of 2015, he has helped the company export its products to over 140 countries; 85 percent of its revenues are from overseas.

Poonawalla is a recipient of many prestigious awards to include: Humanitarian Endeavour Award In Hall of Fame Awards 2017; ET Edge Maharashtra Achievers Awards of Business Leader of the Year 2018; Fortune magazine’s ’40 Under 40′ listing in the healthcare category; 2021 Entrepreneur of the Year for unparalleled contribution in fighting Covid-19; etc.

Poonawalla is part of one of the world’s richest families, which has a $15 billion fortune, the bulk of it derived from the vaccine making in India. Adar Poonawalla has rented a London mansion for $69,000 a week as per Indian Express report. Considering the threats to his life in India, his intent to establish vaccine production unit outside India, none should rule out the possibility of his shifting the vaccine production to London.

As per Business Today news report, Adar Poonawalla will “invest 240 million British pounds to expand its vaccine business and setting up a new sales office in the UK.  This investment is part of plans for 1 billion British pound India-UK Enhanced Trade Partnership, which will create approximately 6,500 jobs in the UK,” Downing Street announced.

The investment is aimed at supporting clinical trials, research and development, and also likely manufacturing of vaccines to help the UK combat coronavirus pandemic. The sales office is likely to generate new business worth around 1 billion British pounds and 200 million British pounds will be invested in the UK market, according to the statement. SII has also started phase one trials of a nasal vaccine against Covid-19 in the UK in partnership with a British biotechnology firm Codagenix INC. 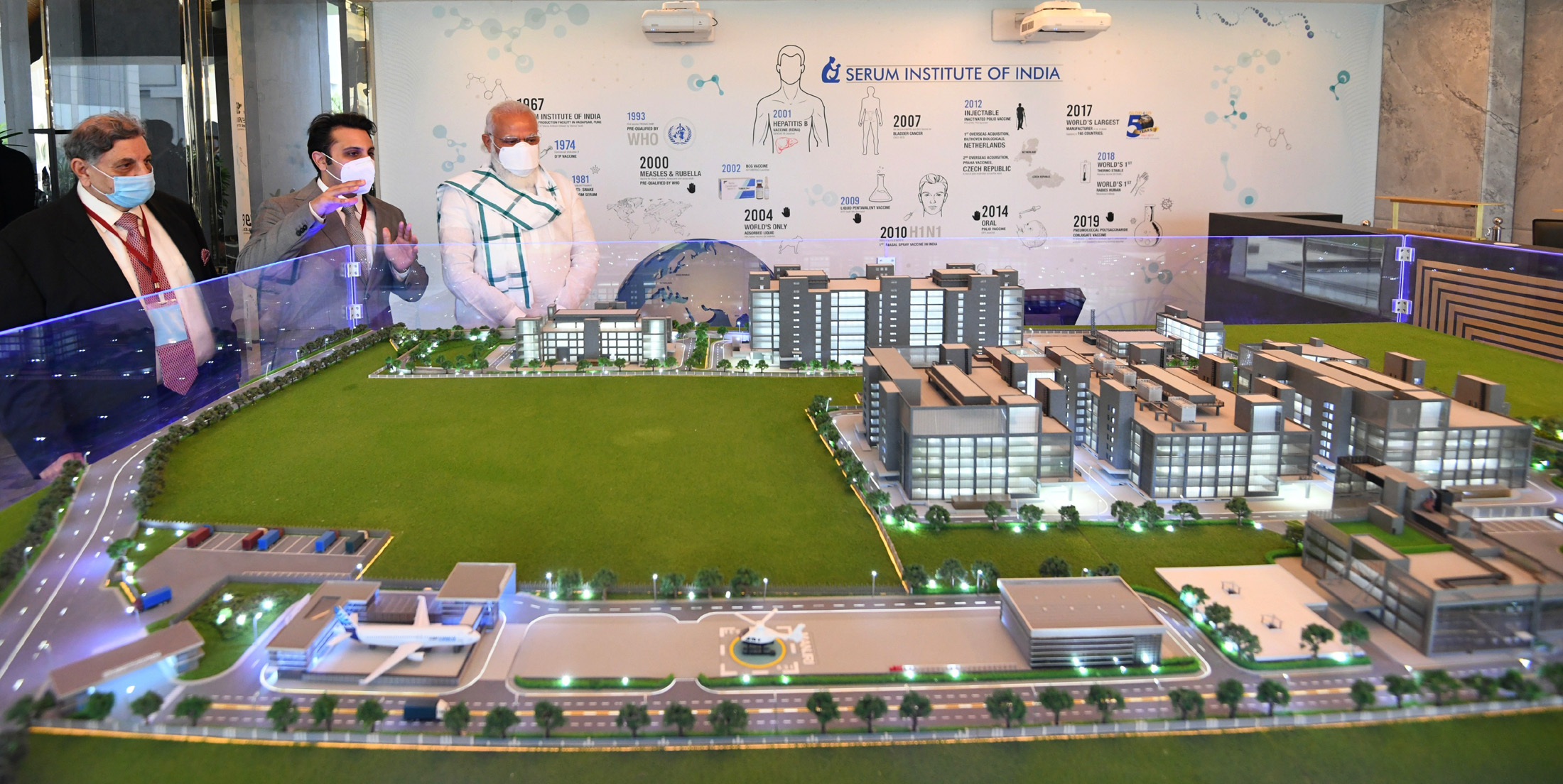 Should Poonawala do so in a short period, say 3-4 months, it will be totally disastrous to India! So far, the Indian government has paid over Rs. 1,700 crore for the fresh purchase of 11 crore doses to ease some of this financial stress out of approved sum of Rs.3,000 crore.

Viewed in the foregoing, what options the Central Government should consider ensuring uninterrupted functioning of the SII. The Central Government must provide Poonawala and his family with Z plus security in India and pave the way for his return to India.   Declare SII Unit as a “High Sensitive Security Installation” and deploy a CISF unit to provide security.

Most important, the Central Government must depute Indian Ambassador in London to meet and discuss the modalities for Poonawalla return to India.  Indian government must offer alternate locations, private-public partnership and finances to set up new facilities to pursue research and development of other vaccines.

No point in the Central and State governments organizing “Conferences for Attracting Foreign Investments” when they cannot provide security to own entrepreneurs. Wealthy families are leaving India is the common headlines in media from time to time.

After all, once-in-a-lifetime Pandemic demands “Emergency” responses by the Central Government, particularly for ramping up the production rate of Covishield and fast pacing other vaccines in the pipeline.