(We are reproducing this article from NATURE, most respected magazine, in the wake of raging controversies and media debates accusing the Wuhan’s virology lab leak as the cause  Other interesting aspects of several US and Australian scientists, besides Indian accusing that the scientist who sought for patent of the vaccine even before the spread of the disease to rest of the world, certainly raise doubts over China’s intentions of unleasing the biological warfare.  The Chinese Communist Party has also apparently appointed the senior PLA high-ranking officer as the Wuhan Lab head.  Pressure is mounting on China, but the Communist country headed by Xi Jinping will not admit his guilt to conquer the world and destroy world economies using biological weapons like the pandemic.  Hope, this article throws some light on certain facts.   – EDITOR)

An epidemiologist who helped to tie the 2012 outbreak of Middle East respiratory syndrome (MERS) to camels; a food-safety officer who studies how pathogens spread in markets; and a veterinarian who found evidence linking the 2014 West Africa Ebola outbreak to bats roosting in a hollow tree. These researchers are among the team that the World Health Organization (WHO) has assembled to investigate the origins of the coronavirus pandemic.

The investigation aims to find out how and when SARS-CoV-2 first infected people. Strong evidence suggests that the coronavirus originated in bats, but its journey to people remains a mystery. Scientists say the team is highly qualified, but its task will be challenging.

“This is an excellent team with a lot of experience,” says Martin Beer, a virologist at the Federal Research Institute for Animal Health in Greifswald, Germany.

The group will be working with researchers in China and professionals from several other international agencies, and will start the search in Wuhan — the Chinese city where the new coronavirus SARS-CoV-2 was first identified — and expand across China and beyond.

The international group comes with a breadth of knowledge. Marion Koopmans is a virologist specializing in molecular epidemiology at the Erasmus University Medical Centre in Rotterdam, the Netherlands. She was on the team that found, in 2013, that dromedary camels were an intermediate host for the virus that causes MERS, which has killed more than 850 people. She has since worked with another team member — Elmoubasher Farag, an epidemiologist at the Ministry of Public Health in Doha — to test camels for antibodies against MERS.

During the COVID-19 pandemic, Koopmans has tracked the rapid spread of SARS-CoV-2 in mink farms in Europe. Studies on the pandemic’s origin will need to explore the role of animals kept for fur and food, she says.

Koopmans says that the group is keeping an open mind about how the pandemic started and will not exclude any scenarios, including the unlikely one that SARS-CoV-2 accidentally escaped from a laboratory. Scientists have previously told Nature that the virus is likely to have passed from bats to humans, probably through an intermediate animal — but definitively ruling out the lab scenario will be difficult. “Anything is on the table,” says Koopmans.

Another member, Hung Nguyen, an environment and food-safety researcher at the International Livestock Research Institute in Nairobi, will contribute his knowledge on how pathogens spread in wet markets, similar to the Huanan seafood market in Wuhan, which many of the first people reported to have COVID-19 had visited. Nguyen has investigated how salmonella and other bacteria spread through smallholder farms, slaughterhouses and live-animal markets in his home country of Vietnam and across southeast Asia. 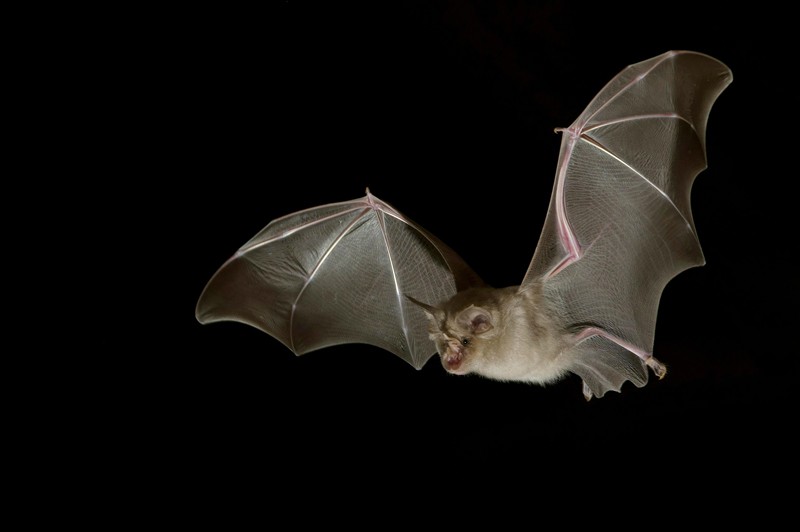 Also on the team is Peter Daszak, president of the non-profit research organization Ecohealth Alliance in New York City, who has spent more than a decade studying coronaviruses. He has worked closely with the Wuhan Institute of Virology (WIV) to test bats for coronaviruses with the potential to spill over into people.

“It is an honour to be part of this team,” says Daszak. “There hasn’t been a pandemic on this scale since the 1918 flu, and we’re still close enough to the origin to really find out more details about where it has come from.”

Another team member, Fabian Leendertz, a veterinarian at the Robert Koch Institute in Berlin, will bring his expertise in spillover events. In April 2014, Leendertz visited Meliandou village in Guinea, months after a two-year-old died of Ebola — the first person reported to be infected in West Africa.

Work by Leendertz, including interviews with locals and environmental sampling, suggests that the outbreak started in bats that lived in a hollow tree where the children used to play. The tree was burned down days before his arrival and no Ebola virus was detected in nearby bats, which he says highlights the difficulties of pinning down an outbreak’s beginnings.

Considerable time has passed since the emergence of COVID-19, and many people only have mild or no symptoms, which will make it challenging to identify the first infected person, says Leendertz. “We are all aware that there is no guarantee there will be a waterproof story on how it all started.”

Other team members include researchers from Denmark, the United Kingdom, Australia, Russia and Japan.

But Christian Drosten, a virologist at the Charité hospital in Berlin, notes that invitations to apply for the team were only sent to members of the WHO’s Global Outbreak Alert and Response Network (GOARN), a closed group with experience in outbreak response. Many researchers with relevant expertise were not given the opportunity to apply, says Drosten, who received the e-mail, but missed the invitation while on holiday. “They could and should have issued this as a more open call.”

Although the team members are highly qualified, eight out of ten are men and investigators from Europe dominate the group; none is from Africa or South America, says Angela Rasmussen, a virologist at Georgetown University, who is based in Seattle, Washington. “It could be more representative of the larger global scientific community,” she says.

She also says that Daszak’s ties to the WIV could raise a conflict of interest, given that the lab has been at the centre of unsubstantiated claims that the virus accidentally leaked from there.

Daszak says that he has been transparent about his work in China. The trust he has built with researchers there will help the team to gain a deeper understanding of the pandemic’s early days, he says.

The team is expected to travel to China for several weeks at some point. (Curtesy, NATURE).

Indian scientists point of view: bWhile opinions are building in favour of the Wuhan Laboratory-origin theory of SARS-CoV-2 virus that triggered a pandemic, killing 37.54 lakh people and infecting 17.44 crore worldwide, an eminent Indian virologist has raised the flag on the possibility of China having developed the vaccine in advance to be prepared in case of the virus outbreak or a leak — an indicator of the deadly virus being engineered in the lab.

This could have helped that country curtail the spread right from the early days. China, with the largest population in the world at 140 crore, recorded just 91,300 Covid-positive cases and 4,636 deaths since December 2019. It is ranked 98 on the list of countries in the order of cases recorded, he said.

The virologist, Dr T Jacob John, former professor & head of department of Clinical Virology, Christian Medical College, Vellore, said, “There are some mysteries about the Chinese episode (the suspected leak from the Wuhan Institute of Virology). China’s Covid-19 pandemic was unique in the world. That means they are hiding something… or they are different…or China had prepared for this in advance. Everything is not what meets the eye.”

He cited the example of a young Chinese scientist applying for a licence for SARS-CoV-2 vaccine “as early as February 24, 2020”, just two months after the pandemic broke out. “It is far too early to work on a vaccine in just two months. They must have started at least a year earlier,” said Dr John.

“That young man (the scientist) is dead. There are too many loose ends. China seems to be covering up something, just like any criminal would cover up.”

Dr T Jacob John said, “There is smoking gun evidence in molecular biology that point to the possibility that it is a lab-manipulated virus.”

​Interestingly, as reported by a section of the media, Indian biologists from Kusuma School of Biological Sciences, Indian Institute of Technology (IIT) Delhi, had reportedly detected four gene insertions in SARS-CoV-2 virus’ spike protein which is its weapon to attach to the human cells and gain entry into the body. This was as early as January 2020. However, the study which was not peer reviewed was withdrawn on February 2 last year.

Meanwhile, the focus has turned on a report by US government’s Lawrence Livermore National Laboratory, California, which conducted a study in May 2020, stating that the hypothesis of a virus leak from the Wuhan laboratory was plausible and needs to be investigated thoroughly.

Defence Minister Nirmala’s visit to Arunachal was objected by China