Needing only a wicket on the final morning, India completed the formalities in only 2.5 overs as England were all out for 317, well short of the mammoth victory target of 521 runs.

India now trail England 1-2 but more importantly got some breathing space after a heart-breaking defeat in Edgbaston, followed by the debacle at the Lord’s.

The final wicket was taken by Ravichandran Ashwin, who dismissed James Amderson (11), caught by Ajinkya Rahane.

The heartening aspect was the kind of domination shown by the Indian team in what can easily be termed as a complete performance under Virat Kohli’s captaincy outside the sub-continent. 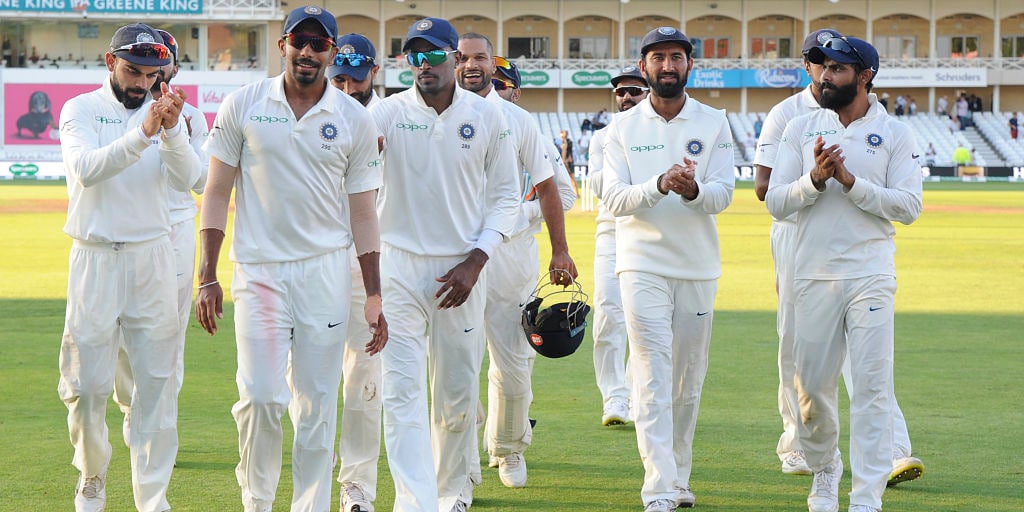 While openers KL Rahul and Shikhar Dhawan were solid if not spectacular, the new ball bowlers Ishant Sharma (2/32 and 2/70) and Mohammed Shami (1/56 and 1/78) were relentless in their attack.

Vice-captain Ajinkya Rahane (81 in first innings) and Test specialist Cheteshwar Pujara (72 in second innings) also put their hands up when it mattered the most.

Hardik Pandya (five-for and half-century) produced an all-round performance with wickets and runs to justify his place and make a statement to the sceptics.

The slip catching improved by leaps and bounds with Rahul taking seven catches.

Rishabh Pant showed why he is considered a minefield of talent during his eventful stay at the crease.

Pant might still be a work in progress as far as glove-work is concerned but five catches in the first innings showed that it won’t be easy for the first choice Test keeper Wriddhiman Saha to just walk back into the team once he gets fit.

Last but not the least was skipper himself.

Easily the best batsmen across both sides, Kohli has now taken his tally of runs to 440 after knocks of 97 and 103 in the third Test.

Call it a coincidence, Kohli has accumulated exactly 200 runs in the first and third Test matches. 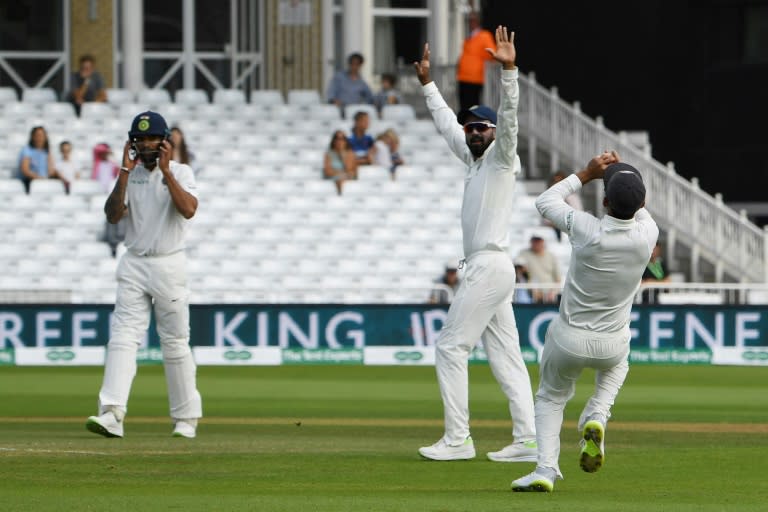 With two hundreds and two half-centuries, Kohli has made sure that there are no debates on who is the best batsmen in world cricket currently.

He has now scored hundreds in Australia, South Africa, New Zealand and England.

The Indian captain’s ability to cut down on his scoring shots, showing patience when Jimmy Anderson was on fire was the hallmark of his greatness.

Such has been his domination that the second-highest scorer across both the teams is Jonny Bairstow (206 runs) while Jos Buttler, after his maiden Test hundred, is placed third with 170 runs.

From India, Pandya with 160 runs, is the second best but it has a lot do with the batting debacles in the first two Test matches.

Victoria Azarenka says she might skip US Open because of child...

Daniel Craig to get 50 mn pounds for final 007 film

India all set to launch its 100th satellite today from Sriharikota

These have been very very tough days: Clinton