Brisbane: The forecast was for rain on the final day at ‘The Gabba’ in Brisbane but it rained boundaries and sixes from the bat of the Indian batsmen as they put in a gallant effort to pull off a thrilling win in the fourth Test match against Australia.

The positivity in their approach paid off as the visitors won the match by 3 wickets, which in turn gave India a 2-1 series win, their second consecutive victory on Australian soil and also helped them retain the Border-Gavaskar Trophy.

The biggest record to topple though was that of Australia’s more than three-decade long streak of invincibility at the venue. The Aussies had last tasted defeat at Brisbane in 1988 against West Indies. Since then they had won 24 and drawn 7 of the next 31 Test matches, until this meeting with India.

Rishabh Pant was the star of the chase as he remained unbeaten on 89 off 138 deliveries as he guided India home in a nervy finish. Washington Sundar gave him company with yet another stellar knock under pressure as the duo shared a crucial 53-run stand to take India close to victory. The youngster had earlier scored a half-century in the first innings in his debut Test to change India’s fortunes.

Sundar was dismissed for 22 off 29 balls as he was cleaned up by Lyon while looking to play a reverse sweep with India still needing 10 runs to win. Shardul Thakur, who too had scored an important half-century in the first innings, was dismissed by Hazlewood as Australia tried to steal an improbable win but Pant put paid to those hopes with a match-winning boundary.

The wickets of Cheteshwar Pujara and Mayank Agarwal with the second new ball gave Australia the edge, but Pant’s hitting ensured victory remained in sight for the visitors.

Earlier, the hosts made a good start to the final day as Pat Cummins picked up the wicket of the dangerous Rohit Sharma early. Cummins drew Rohit outside the off stump with a delivery in the channel, which took the outside edge and was caught safely by a diving Tim Paine.

That brought Cheteshwar Pujara out in the middle along with the young Shubman Gill and the duo started building a partnership together. While Pujara was his usual careful self, defending almost everything thrown at him, Gill produced some breathtaking strokes at the other end. 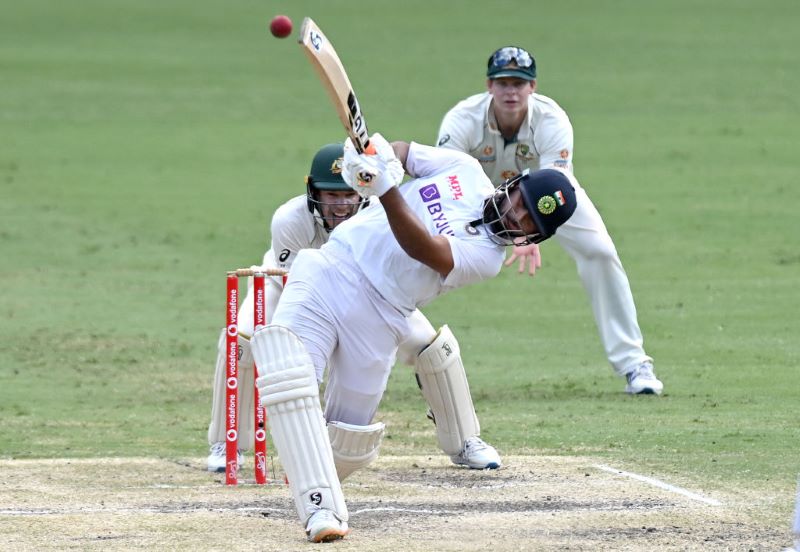 A still head and the full face of the bat were his ally as Gill raced to his second half-century of the series as India went into lunch at 83/1.

Gill continued his shot making in the second session too and looked set for his maiden Test century, until Nathan Lyon got him to drive outside the off stump. Gill’s attempted drive produced an outside edge which was latched on to by Steve Smith as the youngster departed 9 runs short of a much deserved century.

Captain Ajinkya Rahane was in next and he made his intentions clear from ball one that he was going after the target of 328 runs, which was still 196 runs away. Rahane smashed a boundary and a six but his urgency led to his downfall as he edged one off Cummins to Paine while looking to manufacture a ramp shot. He departed for 24 off 22 deliveries leaving India on 167/3.

Rishabh Pant joined Pujara in the middle and the duo took the visitors to tea at 183/3.The final session promised to be a cracker of an affair as both teams had a good chance of the winning the match. 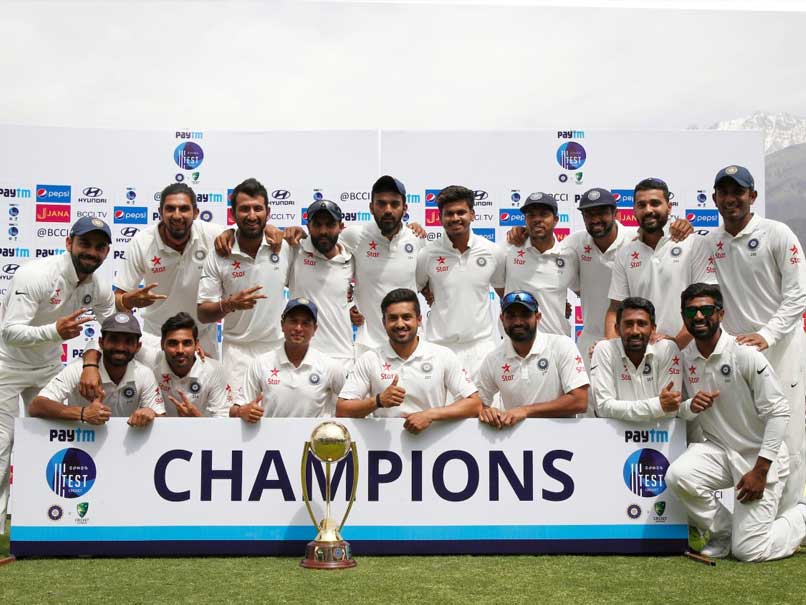 Rishabh Pant as expected launched an attack against Nathan Lyon, as he did in Sydney, but was lucky to survive as Tim Paine missed a difficult stumping chance early in the session. That didn’t deter the left-hander as he launched Lyon into the stands in the same over before getting a boundary off Mitchell Starc.

Pujara brought up his half-century but was undone by the new ball as he was trapped in front by Cummins. He had batted for 211 deliveries to score 56 runs, keeping one end safe for India for the longest time.

The match was set up for India by their inexperienced bowling attack as they did not allow Australia to get a huge total in either of the innings. Shardul Thakur was the standout bowler for India as he picked up 3 wickets in the first innings and followed it up with four in the second. Mohammed Siraj capped his debut series with a five-for in the second innings as he and Thakur kept the Aussies under check.

But the most important contribution of the match came from Thakur and debutant Washington Sundar’s bats. The duo bailed India out of trouble with a 123-run 7th wicket stand which ensured Australia managed to get only a 33-run lead.

The victory completed a huge turnaround in fortunes for the Indian team, who were bundled out for their lowest Test score of 36/9 in the second innings of the first Test match in Adelaide as Australia won on a canter.

Skipper Virat Kohli returned home after the match on paternity leave and paceman Mohammed Shami was ruled out of the series due to a broken hand.

But stand-in captain Ajinkya Rahane produced one of his finest Test centuries at Melbourne as the experienced duo of Jasprit Bumrah and Ravichandran Ashwin bowled India to a series levelling win in the second Test.

At Sydney Australia looked all set to take the lead in the series but some dogged batting by Pujara, Pant, Ashwin and Hanuma Vihari on the final day gave India a precious draw and gave them a fighting chance to win the series at Brisbane.

India fielded their most inexperienced bowling attack in the match with Bumrah and Ashwin sidelined due to injury, but the youngsters put in a performance of a lifetime as India completed their most famous series win on foreign soil of this century.

All above 60 years of age, 45-plus with other illnesses to get COVID-19 vaccine from March 1

No means to verify travel plans of Nirav Modi: Govt