I wish to draw the attention of readers on the article written by K V Palival, titled “The good things in Manu Smriti,” which is abbrivated as MS. And, wherever MS appears it reminds automatically Manu Smiriti.

Manu himself believed that the Veda is the foundation of dharma (Vedo Akhilo Dharma Moolam; MS 2:6), and he had said about the dharma according to the Vedas.

Main cause of rejecting Manu Smriti by the VHP appears mainly due to the presence of large-scale interpolations in it. Such a case is not only in Manu Smriti, but also in other smrities, Puranas and other ancient Hindu scriptures except the Vedas.

The Manu Smriti is the earliest Smriti, after the Vedas, as concluded by great Vedic scholars such as Pt Bhagwatdatt (Rajarshi Manu No.1) and Surendra Kumar (Manu Smriti 1986), and even earlier than that of Mahabharata as there are several shlokas of MS in the Mahabharata.

The basic principles of Manu Smriti are valid even to all humans but not restricted only to Hindus. The rational approach adopted by Manu has been widely appreciated by scholars of East and West.

Context: The Vishwa Hindu Parishad totally rejects the Manu Smriti as it has no place in a civilised society. (Hindu Voice, May, 2006, p. 43).

The VHP appears to reject Manu Smriti (MS) on the pleas that there are more than 300 smrities. They have little to do with the eternal values of Dharm. About the authenticity of smrities, Jaimini Rishi says. They are authentic to the extent that they are in tune with the Vedas (Mimansa, 2.3.3). According to Tandya Brahman (23.16.17) A word by Manu is supreme, and is like medicine. Acharya Brahaspati says. When there is contradiction among the smrities, treat Manu Smriti as authentic. But it should be taken like this only, when Manu Smriti is in consonance with the Vedas, and NOT where it contradicts it. Jabal Rishi says. In the event of contradiction between Vedas and smrities, primacy should be accorded to the Vedas (Jabal Smriti). In this context Mahabharata says, People should adopt Dharma according to the Vedas. (Shanti Parv 270:1; 297:33).

Following the above criteria, the Hindus have accepted MS as their supreme scripture as being in tune with the Vedas and so it is authentic. The main theme of MS is eternal dharma and provides complete code of conduct for human beings and therefore it is Dharma Shastra (Smriti) based on the Vedas (MS 1.129).

Manu himself believed that Veda is the foundation of dharma (Vedo Akhilo Dharma Moolam MS 2:6), and he had said about the dharma according to the Vedas. Therefore, people should adopt it as authentic dharma (MS 2:8, 13). 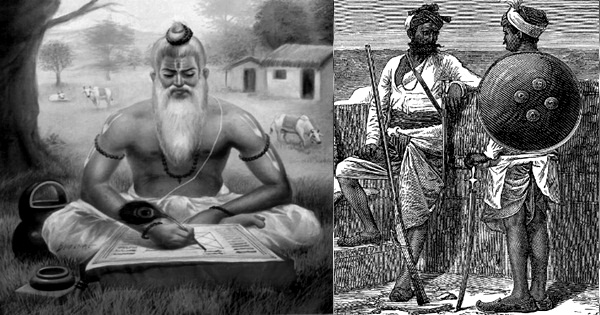 The four founding pillars of Manu’s dharma are Vedas, Dharma Shastra (Smriti as per Veda), noble conduct, and truthful judgement and action based on selfconsciousness (MS 1:132), and such a dharma should also prove true to any test of logic (MS 12:106).

Manu’s dharma covers all aspects of life as dharma, Arth (Wealth), Kaam (Desires) and Moksha (Salvation), and so Manu deals with the eternal dharma, and not with Yama and Niyama as conceived by the VHP, which are components of Ashtang Yoga (Yoga Dharshan 2:1)About the theme of Manu, Dr Motwani, a renowned Sri Lankan sociologist with Ph. D in 1958, from California University, USA, writes on Manu Smriti as follows:

Secondly the MS is the earliest Smriti, after the Vedas, as concluded by great Vedic scholars such as Pt Bhagwatdatt (Rajarshi Manu. No. 1) and Surendra Kumar (Manu Smriti 1986), and even earlier than that of Mahabharata as there are several shlokas of MS in the Mahabharata and not the vice versa, says Pt Ram Dev, a great indologist (Rajarshi Manu No. 2, p.10). Because it is a fact that the 18 adhyayas of Gita are simply the 18 Adhyayan (25th to 42nd) of Bhishma Parva of Mahabharata (Mahabharata Vol. 3, pp 2597-2812, Gita Press, Gorakhpur) and thus Gita is a part of Mahabharata, and a later composition than that of MS and thus Gita is not Adi MS.

Third, the myth that MS is only 2,200 years old, written during Pushyamitra’s reign, is totally fictitious. This myth has been created by Max Muller and George Buhler, the editor and translater of MS, (The law of Manu, S.B.E. Vol .25, Motilal Banarasi Das, Delhi), which was further propagated by Dr B.R.Ambedkar who being ignorant of Sanskrit depended on this English translation. On the contrary, not only Indian indologists but several unbiased western scholars acknowledge MS to be of earlier period than 200 BC. According to Eliphinton (History of India, pp 11-12) MS is of 900 BC while Sir John considers it to be of 600 BC (Institutes of law, introduction) and Hunter accepts it of 500 BC (The Indian Emperor Vol. 1, p 113) and according to Surender Kumar (Manu Smirit 1981) and Raghu Nandan Prasad Sharma (Smrition Men Bhartiya Jeevan Padhyati, 2001) MS is quite ancient as several shlokas of MS are quoted in the Brahman Granthas, Ramayan, Mahabharata, Dharma Sutras, Nirukt and Darshan Shatras, etc. So, it is irrelevant to conclude MS to be of 200 BC only.

Fourth the main cause of rejecting MS by the VHP appears mainly due to the presence of large-scale interpolations in it. Such a case is not only in MS, but also in other Smrities, Puranas and other ancient Hindus scriptures except the Vedas. These interpolations are unvedic, unhuman, illogical and irrevalent and are against the basic Vedic concepts and doctrines of Manu; and were noticed by the scholars since the 9th century, particularly after the theo-political impact of Muslims in India. According to Dr Rustagi and Dr Narang, different scholars have observed that out of total 2,684 shlokas of MS, 100 to 1,502 shlokas are interpolated, in the existing editions of MS, mostly in those chapters dealing with social, legal and political aspects of life (Manu Manu Smriti and Appraisal).

However, Dr Ambedkar has shown full faith in MS, and full respect to the Sudras upto Mahabharata period, and Shudras are Aryas. He also acknowledged that Manu did not create the present-day birth based caste system.