Gold Coast (Australia): Manika Batra inspired India to a historic gold medal with her stunning singles victories, fashioning an unthinkable 3-1 victory over four-time gold medallists Singapore in the final of the women’s team event at the Commonwealth Games here.

World No.58 Batra first scored the biggest of her career by humbling world number four and multiple Olympic medallist Feng Tianwei 3-2 before brushing aside 100th-ranked Yihan Zhou 3-0 to engineer a sensational win over the mighty Singapore side.

It was mother of all upsets as prior to this final, the Singapore women’s team had never lost in the Commonwealth Games since the sport was inducted in the program way back in 2002. 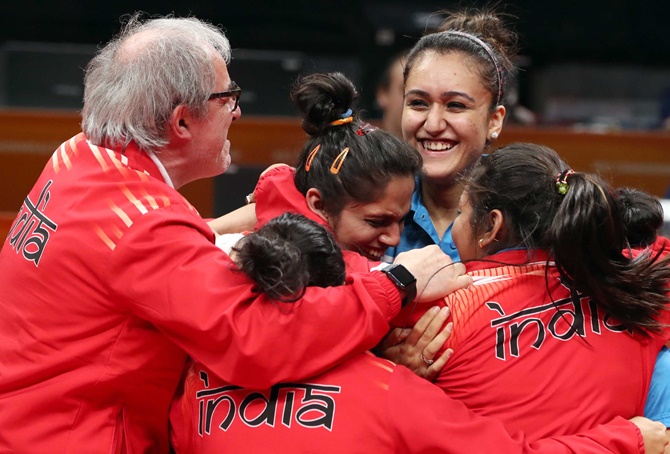 The victory tasted even sweeter as the women had returned empty-handed from the Glasgow edition four years ago.

It was only the second table tennis team gold for India at the Games with the men achieving the feat in the 2006 Melbourne edition.

Earlier today, India had blanked England 3-0 to reach the women’s team final for the second time.

While Batra was the architect of India’s historic win, the experienced pairing of Madhurika Patkar and Mouma Das played the supporting role to perfection by winning the crucial doubles tie 3-1 (11-7 11-6 8-11 11-7) against Zhou and Mengyu Yu for a 2-1 lead in the final. 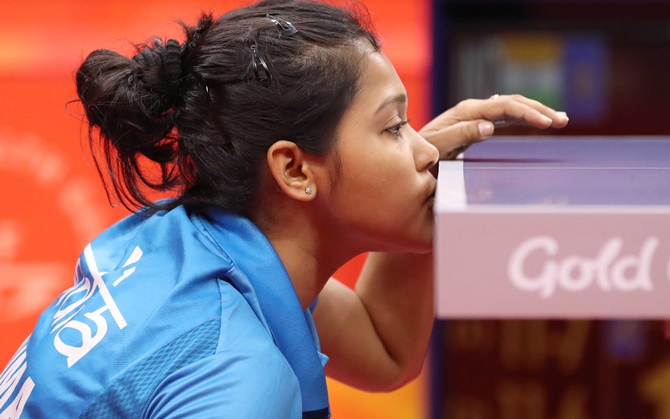 Batra then proved to be too good for Yihan, who failed to read her deceptive strokes.

Dhoni fined for slow over rate in CSK’s opener

Rohit bats for conservation of rhinos

I am first US President to have daal for recipe: Obama