BJP and Modi are under siege by enemies from within. No dearth for such characters from within whose claims for power have been set aside for reasons best known to the power centers.

Rajnath Singh and the BJP surely cannot lay the blame on Pakistan or non state actors for destabilizing the party from within. It would be the greatest hoax played to fool themselves only; but not others.

Wake up Modi before it is too late to retrieve the situation. Development plank with hardly any development to show on ground cannot yield votes anymore what with lose mouths further causing irreparable damage to the party’s image.

A brief look at the array of such enemies is quite bewildering. The only solace is that the elders like L K Advani and Murali Manohar Joshi have been elevated to “Margadarshak Mandal”. They are sulking on the side lines in the fond hope of getting accommodated either in the Presidential race or Governors posts.

But, there are a whole range of others who nurture grouse against the current hierarchy like Shanta Kumar and Yashwant Sinha.

Most vociferous among the pack are former actor turned MP Shatrughan Sinha, and former cricketer turned Kirti Azad who has running feud against Arun Jaitley. 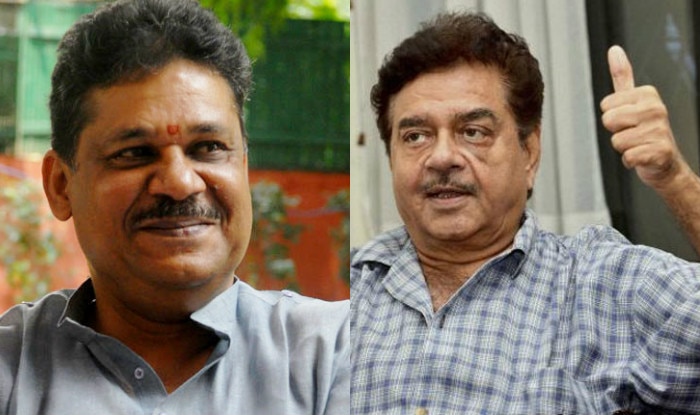 Former cricketer turned MP and TV entertainment judge Navjyot Sidhu is the latest to join the bandwagon of disgruntled leaders.

Furthermore, there are many loudmouths who think no end of themselves of Hindutva champions who have been dropping bombshells by their highly provocative and divisive statements like   Sakshi Maharaj,Yogi Adityanat, V K Singh, Mahesh Sharma, Sanjeev Balyan, Sangeet Som, .

The latest to drop a bombshell is Dayashankar Singh, vice-president of the party’s Uttar Pradesh unit, who used the word “Prostitute” alleging Mayawati for sale of tickets to candidates for the BSP.

His sacking cannot alter the ‘polarization’ of Dalits en bloc against the BJP. All opposition parties will use such criticism to their advantage at the polls goes without saying.

With great difficulty the BJP has shed its image as Brahmin-Baniya upper caste party. With the latest remarks by the Vice President of the Party, the BJP has scored a self goal.

People had great expectations from Modi, the Chaiwala, to exercise strong leadership and redress social discrimination and inequalities tormenting the Indian society.

Now, the downtrodden are getting slowly disillusioned with the latest outbursts hurting their sentiments about their most revered leader Mayawati.

The latest outburst could not have come at a more inappropriate time when Gujarat, the home state of Modi, was going through the excesses against the Dalit protestors.

Their conjoint view should clearly highlight the forebodings of gloom for the BJP.

And, the enemies from within the BJP would seize the opportunity to jump the BJP sinking ship and cling to whichever party would offer them better prospects to seize power.

After all, none of the political leaders are concerned about ideologies, values, ethics and morals. Their sole obsession is to somehow seizing power and consolidating dynastic perpetuation for eternity.

For example, both the wives of Kirti Azad and Navjyot Sidhu have expressed their views to join the Aam Admi Party. Many others sulking in the background will also abandon the sinking ship of BJP under the stewardship of Modi-Amit Shah duo.

Time for the BJP leaders to exercise abundant restraint and demonstrate high levels of “Political sanskriti and sagacity”. They must remember that they are the ruling party members; indiscretion on their part will be seized by their opponents to pounce on them to settle scores.

Modi must act tough and send decisive signals to all those enemies from within to refrain from indulging in public denigrating utterances against political rivals even under extreme provocations from the other side.

Seizing opportunity is the hallmark of great leaders. So, Modi must demonstrate his resoluteness to strike first at the enemies, rebels or traitors from within, before they strike and cause damage to the party.  “Giving a lose rope’ to such disloyal characters does more harm than good.

Show the door to few selectively; stern warning or dressing down for some; counseling the remaining! Modi must act tough and send decisive signals to all those enemies from within to refrain from indulging in public denigrating utterances against political rivals even under extreme provocations from the other side.

Modi must act tough and send decisive signals to all those enemies from within to refrain from indulging in public denigrating utterances against political rivals even under extreme provocations from the other side.

Can Xi Jinping be Trusted?

Are elders in India abused?

After UP, MP Madrasa Board issues directive to unfurl national flag...

Yet another cracker on cards SRH looks more than confident to...

Rhea procured drugs for Sushant through her brother: NCB