“Sab Chor Hai” – all institutions without exceptions – used to be the diatribe aimed at the Executive, Legislatures, Judiciary and Media in the past.

Undeniably, corruption is “the most sinister internal security threat”.Chidambaram, former Home and Finance Minister during the Congress Party, is in the limelight today for all the wrongs committed in the past for the sake of perpetuating the “Dynasty”. He is just one of the many among the Congress Party fold.

No wonder, every iconic leader of the Congress Party – Rahul Ghandy, Priyanka Ghandy, Kapil Sibbal, Salman Khurshid, Singhvi among many others – are crying foul at the manner in which the CBI and ED, on behalf of Modi led NDA, is hounding P. Chidambaram.

And, P. Chidambaram made a dramatic appearance at the Congress Party Headquarters and read out from a written script in the company of his galaxy of leaders and drove to his home whilst the CBI was on its way to the AICC HQs. His arrest followed at his home with the CBI sleuths jumping the compound wall to open the gates.

What P Chidambaram has attempted is to portray himself as the “victim” in pursuit of liberty. Liberty to loot! Will the Chief Justice of India and the Supreme Court fall a prey to his political and legal wily skullduggery is yet to be seen? 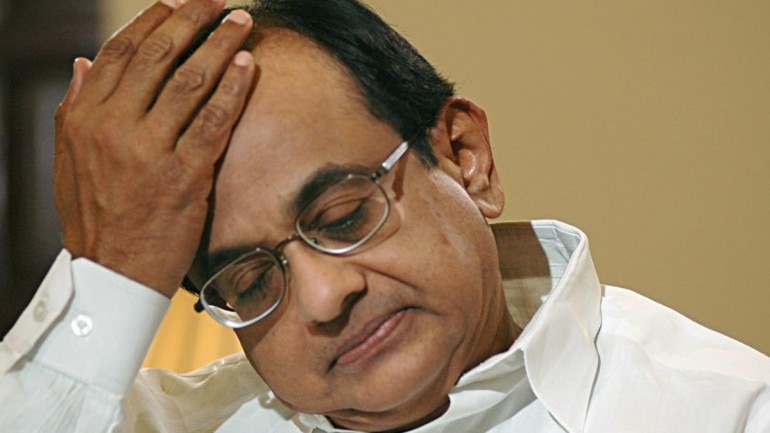 P Chidambaram’s case is just the “tip of the iceberg”. Is he the “Kingpin” of the Congress Party stable? Are many skeletons are waiting to tumble out of the cupboards if the CBI, ED and IT carryout their investigations without fear and favor?

The Constitution states that “all are equal before the law”.  In reality, the powerful politicians and the rich know how to circumvent laws. Even if the courts convict the powerful and the rich, they enjoy ‘five star comforts even in jails. It is the grim reality today.

The only silver lining is the conviction of Laloo Prasad Yadav, the RJD Supremo, in fodder scam case and Sashikala in ‘Disproportionate assets case.

Who is responsible for such an absurd situation wherein political criminals and crooks escape conviction? Judiciary blames the Investigating and Prosecuting Agencies. In turn, the Investigating and Prosecuting Agencies blame the Executive for not according sanctions and also providing evidence. Ironically, “law takes its own course” is the common euphemism used for the cover ups

In reality, the Congress Party, having ruled the country for well over 50 years, is the fountain head of corruption. Of course, “Har ek political party mein Chor hai” is a grim reality.   If you want to look for one, you may find hundreds and thousands around you. Such is the harsh reality.

In sum, all the institutions of the state to include the Executive, Legislature, Judiciary, the CBI, ED, Income Tax and even the Media are equally responsible for the present absurd state – phenomenal delays – in the “Fight against Corruption”.

Of course, as per the Transparency International 2018, India has improved its ranking by 3 points to 78 in the list of 180 countries and way ahead of China at 87 and Pakistan at 117. From the high of 95, 94 and 94 in 2011, 2012 and 2013 respectively, there is marginal improvement but not the desired end result. The solace on the above count is woefully misplaced. As per points, India is below the pass marks of 40 points.

The “Panama Papers” ranks India 19th out of 180 countries in terms of the number of names in the offshore data leak. A total of 714 Indians have been named. Hardly any worthwhile actions have been taken against them.

As per ranking released by Transparency International 2017, India was named as the country among the “worst offenders” in terms of graft and press freedom in the Asia Pacific region.

Such has been the course on which political leaders have run the course of the society over the past 70 years; it is difficult to find honest people around you. If you found some honest, they remain on mute course out of fear of retribution.

For the Supreme Court, P. Chidambaram’s case is a ‘test’ case. And, they must act most expeditiously and send the right message not only to the political class but also to “We the People” that the “Highest and Supreme Court of Justice” brooks no nonsense from the highest of the land.

My sincere appeal to the Chief Justice of India (CJI) and his fellow Judges that since “Corruption is the most sinister internal security threat” they must fast pace the cases in a strict time bound manner. The CJI must remember the adage “Justice delayed is Justice denied”.

Can Modi crack the whip on corruption on all alike with disregard to party affiliations in such a complex environment?

At stake is Modi’s credibility. If he fails to act and seek shelter under the “Law takes its own course), “We the People” will lose confidence and trust in him to deliver. Modi has to initiate prompt actions in Vyapam Scam, Lalit Modi, Vijaya Mallya, Nirav Modi, Choksi and others.

Unless Modi directs the concerned authorities, Enforcement Directorate and Income Tax, to take time-bound actions and give wide publicity by giving monthly ATR (Action Taken Report), the Aam Admi would not be impressed by Modi’s strong leadership capabilities. Similarly, prompt action must be initiated against individuals and organizations who deposited demonetized notes in ‘Benami accounts’ and their names placed in the public domain, besides “Bank Frauds”, NPAs and now the latest “Leak of CBSE” examination papers.

In retrospect, politics, economics and corruption are ‘hand in glove’. The prevailing polarized, radicalized political chaos today, in fact, is in large part the classic aftermath of major economic turmoil on account of corruption.

Corruption, particularly flight of the capital, destroys a lot of wealth very fast. When wealth is destroyed, people get angry. In retrospect, a virulent populist backlash may rise like a volcano.

The effects of crisis of corruption – foster mother of strategic challenges engulfing India – over the past 72-years are the root cause for India not realizing its full potential. Corruption also has international dimensions and cannot be overlooked.

In sum, “Zero tolerance against corruption” has proved to be an illusion. Nobody thinks the system is fully safe now. And nobody thinks we have adequate plans and resources to handle the next series of scams in making.

So, it is ripe time for the CJI and the Supreme Court to deliver its verdict earliest sending clear signal that even powerful political leaders are “equal in the eyes of law” thereby restore confidence of people in the system. And, the Supreme Court must direct the CBI, the ED and the IT departments to fast track the investigation processes and file the charge sheets against all the “TIGERS” of corruption in all political parties masquerading as leaders sacrificing their lives in the name of society and the nation,

Is Indian Economy heading for Major Shock Due to China’s Coronavirus?

Rahul maligning entire BC community by calling me thief: Modi

Adele plans to release next album in September