On similar pattern that followed gruesome rape incident of Jyothi Singh in New Delhi seven years ago, popularly known as Nirbhaya Rape Case, there is “hullaballoo” and outrage in visual media over the latest rape of 26-year old Veterinary Doctor Priyanka Reddy in Hyderabad followed by gruesome murder and burning of the body to obliterate traces of happening.

As per National Crime Records Bureau in public domain, 93 women are being raped every day. Using a small sample survey, Human Rights Watch projects more than 7,200 minors – 1.6 in 100,000 minors – are raped each year in India.

Rapes make all the noise in media. Media sensationalism of incidents and public outrage and furor cannot per se redress the deteriorating situation.  Political leaders appearing at the door steps of victims to gain photo opportunity does no good.

All the public outrage fails to arouse the conscience of people particularly law makers, judiciary, police forces and even society, ends in a damp squib.  No wonder, every gruesome rape fades away into background sooner than later.

And, the criminals get away with under the most invoked stupid cliché “law will take its own course”.

All those human rights activists and foreign aided NGOs including the Amnesty International, besides all those political leaders appearing on the visual media laying claims to India being a “Civilized Nation” must hang their heads in shame for their intellectual bankruptcy and hypocrisy.

Indian is certainly an “Ancient Civilization – 5000 or 7000-years old.” Let me once again reiterate that India is a diseased civilization.  Ironic but true, intellectuals sitting in AC-rooms, suffering from bankruptcy and hypocrisy,  fail to admit that there are many layers of civilization to include:  stone-age tribal people living in Sentinel Islands; tribal people living in remote and inaccessible mountains; rural tribal communities living in isolation in forests; rural village hamlet; urban slums; towns, cities and metabolizes.

Each layer of civilization has different values, ethics and morals. Universal laws cannot stem all sorts of crime in different layers of civilization. In particular, gruesome gang rapes of minors followed by murder of victims. 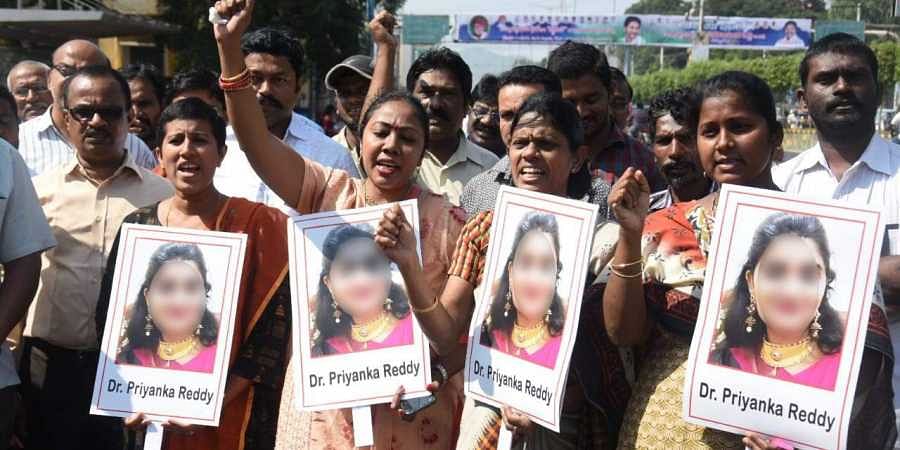 Of course, Indian human rights activistsare highly idealistic in their views. They fail to realize that uniform laws will not deter culprits in different social milieu from committing heinous crimes. And, they do not believe in the classical deterrence theory – people are most likely to be dissuaded from committing a crime if the punishment is swift, certain and severe. And, fear of punishment could prevent others from committing similar crimes.

On the other hand, human rights activists invoke findings of research studies carried out based on western society to highlight exactly opposite of the classical deterrence theories.

I believe that human rights activists, particularly Indian ones, fail to realize that what may be relevant for advanced civilization is not applicable to lower rung Indian society groups on the prowl.

In 2017, Gopalkrishna Gandhi, former West Bengal governor, grandson of Mahatma Gandhi stated “I feel that the death penalty and capital punishment belong to the medieval ages.” Ms Shabna Azmi, claiming to be a liberal, may cry ‘foul’ against capital punishment, particularly in civilized societies.

Human Rights activists oppose “death penalty’ for the convicts. Such liberals are living in a ‘fool’s paradise’ of make believe and delusional “civilized society” of modern India. How can they ever understand the pain of the parents who have lost their children or victims under the most heinous conditions? Quite a few invoke the word “sensitization” of all those in the society on the need to restore balance in the mindset of people at large.

If liberals think that they can change the mindset of different layers of society by mere pontification from AC rooms, they are simply ridiculous in their expectations. Instead of high sounding pontification in front of the cameras, it would better for them to go to the “Badlands of UP, Haryana, Bihar, Telangana etc” and make a concerted effort to change the mindset of the brutes.

Ipso facto, ‘Justice delayed is justice denied’ the oft quoted words of William Goldstone best portrays the judicial system prevalent in our country. It means that if timely justice is not provided to the sufferer, it loses it importance and violates human rights. More importantly, the conviction rate is dismal – barely around 27%.

Usual it is to highlight that such heinous crimes are the consequences of “Systems Failure”. Who is responsible and accountable “Systemic Failure”? The answer is simple. The President of India, the “Lawmakers – elected representatives”, the judiciary at all levels and the police law and order machinery and processes are squarely responsible for “Systems Failure”.

How can one explain the prevarication and procrastination of the President to reject the mercy petitions of the accused found guilty in the Jyothi Singh rape and murder case? It is high time for Modi led BJP to advice President Kovind to reject the mercy petition without further delay.  President Kovind should not procrastinate in decision-making since there are no mercy petitions pending before him. He must promulgate his decision of confirmation of death sentence with utmost expediency. Any delay in his decision-making would only give rise to speculative political cacophony on media and social media networks.

Next, the “Lawmakers” have miserably failed to enact appropriate laws to deter criminals resorting to rapes of even children followed by murder. Following civil society and media activism after the Nirbhaya incident, the Criminal Law (Amendment) Ordinance, 2013 was promulgated by President Pranab Mukherjee, on 3 February 2013 which provides for amendment of Indian Penal Code, Indian Evidence Act, and Code of Criminal Procedure, 1973 on laws related to sexual offences. The Ordinance provided for death penalty in case of “rarest of rarest rape cases”.

Ironic, laws of the nation do not lay down specific timelines for speedy adjudication of rapes of all types. High time that the Parliament wakes up to the shortcomings in the existing laws. They must specify timelines for courts at various levels to deliver their judgments. In all cases, no case should be allowed to go beyond 2-years at all stages – trail, appeals, reviews and mercy petitions. 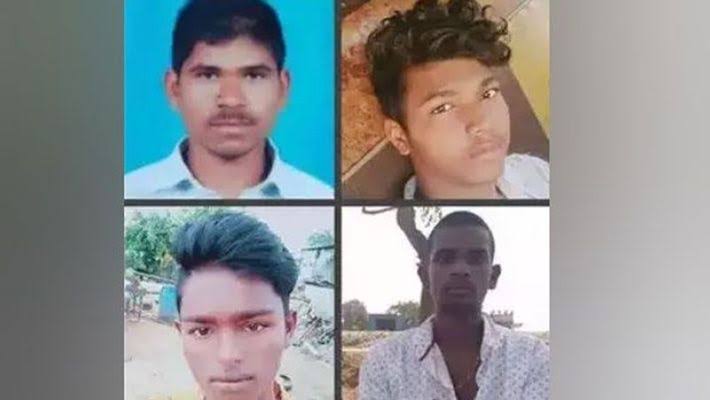 The Supreme Court stayed execution of the accused after allegations of a denial of fair trial in March 2014.  After 19 months delay, the hearing began in the Supreme Court followed by high drama extending over one year period. Finally, on 5 May, 2017, the Supreme Court upholds Delhi HC’s verdict death sentence and rejected review pleas on 9 July 2018 by convicts awarded death penalty.

Thus, the Supreme Court is squarely responsible for over 4 years delay (out of 6 years) in the high-profile case that had stirred the conscience of the nation.  If so, the Supreme Court too must accept its share of responsibility and accountability for the “Systems Failure”.

Next, the appeal filed by gang rape and murder convicts — Akshay, Vinay Sharma, Pawan and Mukesh – challenging  death sentence awarded by the Delhi High Court was kept  pending in the apex court for over two years. The sense of ‘time’ – fast tracking – is a joke played out by the political and judicial leadership on people, particularly the Apex Court.

At the cost of repetition let me reiterate that “Rape is a Rape, Rape…..”  By itself, it is certainly brutal, barbaric and gruesome against a hapless victim, particularly innocent girl child. Add to it, the murder of the victim following rape. The latest is “Burning the Corpse” to obliterate evidence. Surely, it falls under the “rarest of the rarest’ and stir the conscience of even criminals.

In practice, legal procedures claim to be on fast track mode, but they have miserably failed to execute sentences.

“Justice delayed is Justice denied”.  Judiciary must wake up. What is needed is implementation of judicial process on the lines of a “General Court Martial” followed in the Armed Forces to ensure speedy trial and disposal of the case in a time bound manner.

Most important, even the process of appeal to the President for special pardon should be dispensed within a time frame of seven days.

Finally, the execution of “death sentence by hanging” should be executed in full public gaze from the same tree where the two teen agers were hanged by the criminals.

Like the “Ayodhya Hearings”, the least that the Telangana Government and the Judiciary must do now is to expedite filing charge sheet and pass the verdict at the trail court in a time bound manner not exceeding one month followed by the High Court verdict of death sentence against the accused within 15 days followed by the Supreme Court verdict confirming death sentence to the accused and rejection of mercy petitions if any within a month’s time.

In the past, my suggestion to pass a law legalizing “Castration” of offenders in lesser offences did not find favor with the law makers. Never too late to enact such a legislation to deter criminal undertaking such heinous crimes.

After all, not only laws must act as deterrent, but also ensure their speedy investigation, trail, appeals and execution. Unless the ‘fear of the law’ is demonstrated to the public at large, rapes will continue to torment the society.

It is high time that laws are made and executed to cater to the needs of cross section of people restoration of modicum of civility is impossible.

Otherwise, it will be business as usual for the rapists on the ‘prowl’.

Wake up! Political leadership, particularly Modi led BJP, invoking slogans like “Beti Padao, Beti Bachao”, will lose all credibility for not passing laws appropriate to the “chemistry of the Great Indian Divide” with utmost expedition. And, the judiciary and the law and order machinery deliver justice to the victims on “real and genuine” fast-track basis at all levels.

Who is to be blamed for the Farmers and Migrant Labor Crisis?

Google to invest more than $10 billion in offices, data centres...