Time is appropriated to review Film Maker and Human Rights Activist Tapan Bose comment made while addressing anti-CAA protesters at Jantar Mantar that “Pakistan Army and the Indian Army (IA) are alike”  on 22 January 2020 at New Delhi.

Furthermore, Tapan Bose stated that ”Pakistan is not an enemy country and armies of India and Pakistan are similar”.

Such statements just unacceptable and unpardonable too every Indian soldier, who is willing to serve and sacrifice to safeguard our borders from invation from enemy nations.  Tapan Bose falsehood propaganda deserves and attracts anti-national laws of sedition and he should be booked and tried to repose confidence among the Indian armed forces, who were disturbed and upset with such comparison of most indisciplined armies in the world.

However, in almost muted response, Indian Army rejected the statement of Tapan Bose and highlighted that the “Army upholds the ideals of the Constitution,” by few retired highly decorated and learned generals

I cannot afford to keep quite but challenge Tapan Bose, whose intellectual-cum-historical knowledge appears to me poor, if not worst, for leveling such false and fraudulent allegations against the Indian Army.

As per the 1951 census, 2.523 million refugees from East Bengal had migrated to India. Among them 2.061 million settled in West Bengal. The rest went to Assam, Tripura and other states.

Also, during the communal unrest such as the 1964 East Pakistan riots and the 1965 India-Pakistan War, when it was estimated that 600,000 Hindu refugees came over to India.

In contrast, majority of Muslims who migrated to POK in 1965 returned to their homes in J & K.

In 1971 during the Pakistan Army crackdown under General Tikka Khan (Butcher of Bangladesh), over 10 million refugees entered India. And, the IA housed them in the Refugee Camps and cared for them. And, the majority of Hindu refugees during the above migrations settled in India.

Can Tapan Bose single out any IA General, either in J & K or in the Northeast, who has been titled as “Butcher” in the IA?

Almost all the Generals and the IA had in the past and even in the most trying operational situations in J & K have been making all out efforts to “Win over the Hearts and Minds” of locals by “Sadbhavana Missions”, medical aid to locals in remote and inaccessible areas, even running schools and promoting various “Civic Action” programs.

In no instance, the Indian Air force (IAF) has attempted to bomb any hideouts of the militants/insurgents in India. On the other hand, the IAF has been in forefront of rescue, relief and rehab missions during the floods like in Srinagar.

Furthermore, Tapan Bose, being a Bengali, needs to tell the nation about the massacres, rapes, abductions and forced conversions of Hindus in Noakhali riots – Genocide – in Chittangong  Division in October-November in 1946. 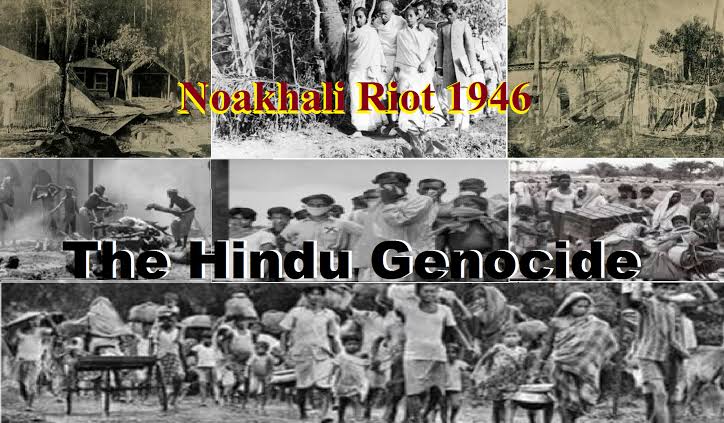 Has Tapan Bose forgotten about the rioting and massacres due to Direct Action by Muslims in Kolikata?

Under Indian Laws, what Tapan Bose stated during the rally tantamount to making “False Allegations or fraudulent statements.”  Bose is even on record claiming firsthand knowledge of such incidents.

Of course, the IA has been taking prompt disciplinary action against “aberrations” occurring in various situations under the Indian Military Law.

I strongly believe that the Indian Army must file an F.I.R against Tapan Base under various provisions of Indian Laws including filing ‘defamation’ case.

It is also the responsibility of the Delhi Police and other law enforcement agencies to investigate and uncover false allegations, and prevent them from damaging the image of the IA.  Faiure to do so can result in miscarriages of justice and encourage likes of him to make false allegations against IA.

It may also be noted that when law enforcement fails in their duty of care, they are also exposed to civil liability from those that have been falsely accused.

Finally, it is high time to recognize and admit that cumulative incitement like what is happening in the name democracy (freedom of speech and expression) by not only protestors but also political leaders is emerging as the most heinous internal national security threat. Let such pseudo intellectuals be allowed to go scot free. Law must assert it “Supremacy”.

Tapan Bose tirade against the IA is certainly inflammatory and anti national interests!  He deserves to be sent to either mental asylum or pushed behind bars.

T-state gets new Guv, Dattatreya one among the five new Guvs...