Beijing: China’s National Museum today opened an exhibition to mark the 200th birth anniversary of Karl Marx, as the ruling Communist Party is celebrating the day in a big way reiterating its adherence to the German philosopher’s socialist ideology.

Marxism has strong influence in China where students begin learning the theories of Marx and Lenin in middle school.

China, the world’s second-largest economy after the US, has seen decades of market-driven growth. 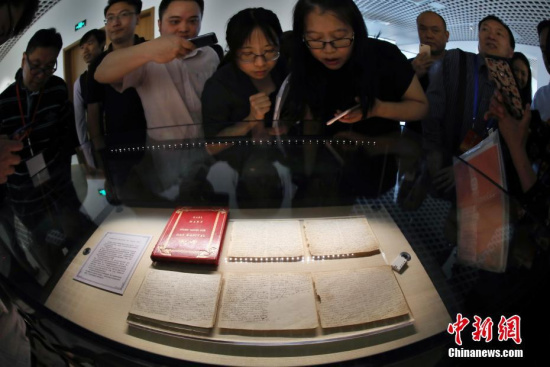 The exhibition was sponsored by the Publicity Department of the Communist Party of China (CPC) and a history research institute under the department and China Federation of Literary and Art Circles.

The CPC is celebrating Marx’s 200th anniversary in a big way reiterating its adherences to socialist ideology enunciated by Marx.

President Xi Jinping yesterday defended as “totally correct” the ruling Communist Party’s adherence to Karl Marx’s theory of socialism for 97 years, saying it has profoundly changed China from the “sick man of Asia” to the second-largest economy of the world.

“There might be setbacks in the development of socialism in the world, but the overall trend for human society development has never changed, and it will never change,” Xi told a special function here organised to celebrate the 200th anniversary of Marx’s birth.

“Marxism has not only profoundly changed the world, but also China,” Xi said.

As a mark of its respect for Marx, China sent his giant statue to be erected in his birthplace Trier in Germany to celebrate his 200th birth anniversary.

Khamenei: Mass Ramadan events in Iran may stop over virus

Cong has lies in its DNA: Adityanath